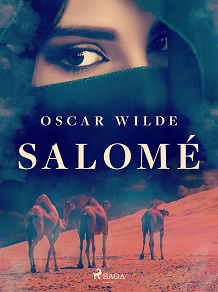 by Oscar Wilde
Based on a story from the Bible, ‘Salomé’ provoked such outrage that it was banned from the British stage for a number of years. However, fiercely defended by academics for its literary worth, that law was finally overturned.

In this dark tale, the beautiful Salomé tries to seduce the imprisoned prophet, Iokanaan. When he refuses her advances, Salomé is transformed into the ultimate femme fatale. A lyrical and fascinating play that deals with the themes of love, lust, revenge, murder, and madness, ‘Salomé’ is ideal for those who want to see Wilde at his most bloodthirsty.


Oscar Wilde (1854 – 1900) was an Irish novelist, poet, playwright, and wit. He was an advocate of the Aesthetic movement, which extolled the virtues of art for the sake of art. During his career, Wilde wrote nine plays, including ‘The Importance of Being Earnest,’ ‘Lady Windermere’s Fan,’ and ‘A Woman of No Importance,’ many of which are still performed today. His only novel, ‘The Picture of Dorian Gray’ was adapted for the silver screen, in the film, ‘Dorian Gray,’ starring Ben Barnes and Colin Firth. In addition, Wilde wrote 43 poems, and seven essays. His life was the subject of a film, starring Stephen Fry.