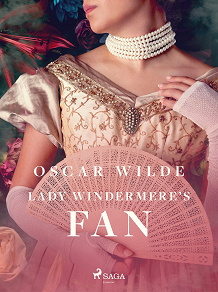 by Oscar Wilde
A searing satire on the British class system, social hypocrisy, and keeping up appearances, ‘Lady Windemere’s Fan’ is one of Wilde’s best-loved plays. Such is its popularity that it has been adapted for the silver screen a number of times, most recently in 2018, with Samantha Spiro and ‘Absolutely Fabulous’ star, Jennifer Saunders.
The play focuses on 21 year-old Lady Windemere, who has become convinced that her husband is embarking on an affair with the mysterious Mrs Erlynne. However, Mrs Erlynne hides a scandalous secret that sets some unexpected wheels in motion. Witty, satirical, and packed with acute social observations, ‘Lady Windemere’s Fan’ continues to grace stages around the world. A superb read for those who want to see Wilde at the height of his powers.

Oscar Wilde (1854 – 1900) was an Irish novelist, poet, playwright, and wit. He was an advocate of the Aesthetic movement, which extolled the virtues of art for the sake of art. During his career, Wilde wrote nine plays, including ‘The Importance of Being Earnest,’ ‘Lady Windermere’s Fan,’ and ‘A Woman of No Importance,’ many of which are still performed today. His only novel, ‘The Picture of Dorian Gray’ was adapted for the silver screen, in the film, ‘Dorian Gray,’ starring Ben Barnes and Colin Firth. In addition, Wilde wrote 43 poems, and seven essays. His life was the subject of a film, starring Stephen Fry.