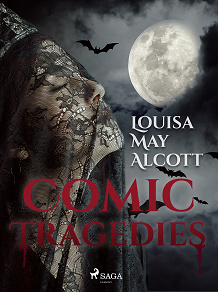 In this collection of short plays, originally written by Alcott and her real sisters, Alcott adds to the world of ´Little Women´, as the plays are made to seem like they were penned by Jo and Meg from ´Little Women´ and acted out by them and other characters in the book.

The plays are not as complicated as the background, thankfully. They are short, pithy, melodramatic and feature witches, magic, murder, ghosts and farcical situations.

If you are a fan of ´Little Women´, which was recently adapted for the silver screen for the seventh time, starring Emma Watson and Timothée Chalamet, you will love this additional glimpse into the lives of the March sisters.


Louisa May Alcott (1832-1888) was an American writer who is best known for her novel ´Little Women´. She also grew up among some heavyweight 19th-century intellectuals, including Henry David Thoreau and Henry Wadsworth Longfellow.

With her parents struggling financially, Alcott worked to support them. At the same time, she began writing, initially under pseudonyms because her work was largely short stories and sensation novels for adults.

´Little Women´, published in 1868, was an instant success upon release. Alcott also penned the follow-ups ´Little Men´ and ´Jo's Boys´.