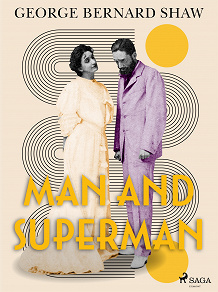 by George Bernard Shaw
Don Juan is more than just an infamous womaniser. For he has been the 'Don Juan' of Bryon's epic poem, the 'Don Giovanni' of Mozart's opera and the main man in the play 'The Trickster of Seville and the Stone Guest'. George Bernard Shaw added to Don Juan's many identities with his play 'Man and Superman', which is a four-act play based on the Don Juan theme.

It features John Tanner, an eloquent anarchist who is one of two men named in Mr. Whitefield's will to care for his daughter Ann. The other, wealthy old Roebuck Ramsden, is rejected as guardian by Ann in favour of Tanner. The 'political firebrand and confirmed bachelor' is not keen at all: he fears the guardianship will interfere with his commitment to anarchy.

But when the two minds collide, the results are unexpected. While Ann gently leads Tanner to rethink his revolutionary ideas, the determined singleton finds himself falling for Ann, despite his close friend wanting to marry her.

Will the rebel lose his cause? And who will prevail in the romance race? 'Man and Superman' is perfect for fans of the play 'Private Lives' by Oscar Wilde and 'Endgame' by Samuel Beckett.

George Bernard Shaw (1856–1950) was a giant of the literary and political world at the end of the 19th century and deep into the 20th century. Best known as a playwright, he was also a famous critic, political activist and polemicist, stoking controversy to provoke debate.

His first successful play was 'Arms and the Man', followed by classics including 'Man and Superman' and 'Pygmalion', which was turned into the musical 'My Fair Lady'. In 1925, he was awarded the Nobel Prize in Literature. His opinions still divide critics, but he is widely acknowledged as second only to William Shakespeare as a playwright.