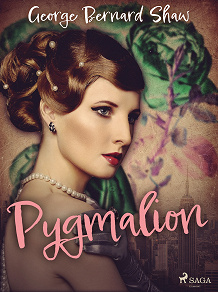 by George Bernard Shaw
Do you like 'Pretty Woman', with Julia Roberts and Richard Gere? Do you love 'Maid in Manhattan', starring Jennifer Lopez and Ralph Fiennes? And how about little orphan 'Annie'? Well, 'Pygmalion' is the play that paved the ways for these - and countless other - rags-to-riches films, plays, and books.

In it, phonetics scientist professor Henry Higgins and linguist Colonel Pickering make a bet. The scientist wagers that he can turn Cockney flower girl Eliza Doolittle into a woman with the poise and diction of a duchess.

She is given new clothes, speech lessons - and subjected to merciless ridicule. Becoming Shaw's most famous play, ´Pygmalion´ throws blinding light on the invidious habits and traditions at both levels of society.

George Bernard Shaw (1856–1950) was a giant of the literary and political world at the end of the 19th century and deep into the 20th century. Best known as a playwright, he was also a famous critic, political activist and polemicist, stoking controversy to provoke debate.

His first successful play was 'Arms and the Man', which was followed by classics including 'Man and Superman' and 'Pygmalion', which was turned into the musical 'My Fair Lady'.

In 1925, he was awarded the Nobel Prize in Literature. His opinions still divide critics, but he is widely acknowledged as second only to William Shakespeare as a playwright.