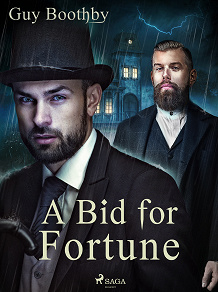 A Bid for Fortune

by Guy Boothby
Doctor Nikola and Richard Hatteras meet for the first time. Doctor Nikola is a mysterious evil mastermind. Richard Hatteras, on the other hand, is an ordinary Australian sailor. Doctor Nikola has a plan which includes Hatteras and his fortune, but Hatteras proves to be a lot smarter than the doctor had expected, leaving Nikola facing a challenge. Hatteras is determined to oppose the villain’s plan and save everyone endangered by the doctor’s evil plan. Who who will prevail? Find out in Guy Boothby’s "A Bid for Fortune".