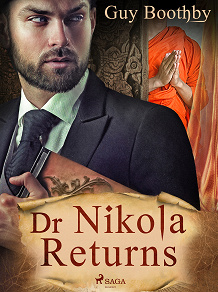 by Guy Boothby
Doctor Nikola’s goal in life is to achieve world domination and immortality. When he finds out that a secret society in Tibet is way more powerful than any other human being or government on the planet, he decides to set off on a long adventure. This society can teach Nikola how to extend life and raise the dead. But are they willing to share their knowledge? Can Doctor Nikola somehow force them to do so? Find out in "Dr Nikola Returns".