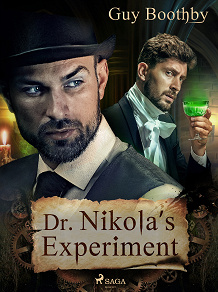 by Guy Boothby
Doctor Nikola has finally found the secret to immortality, but he hasn’t put it to the test yet. He needs someone who can help him conduct some experiments. Doctor Ingleby seems to be the perfect choice since he is currently struggling financially and as such, seems willing to go to great lengths to get himself out of misery. Will Nikola and Ingleby’s experiments be successful? Find out in "Dr Nikola’s Experiment".