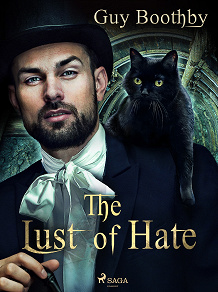 The Lust of Hate

by Guy Boothby
Doctor Nikola meets Gilbert Pennethorne, an ordinary man whose life has gone downhill. He was tricked by his former boss who stole information about the location of a gold mine. Gilbert is determined to take his revenge while Nikola sees a great opportunity to become wealthy. He manipulates Gilbert into assisting him in the new evil scheme he has come up with.