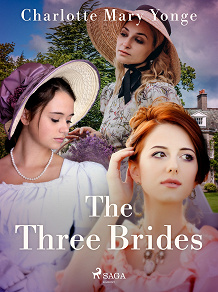 by Charlotte Mary Yonge
The bed-ridden widow Julia Charnock Poynsett lives at home with her two youngest sons, but soon her three eldest children, who left home to get married, will return with their wives for the very first time.

Raymond, an MP and heir to his mother's fortune, has married his second cousin, while Julius is the new rector of the parish. The third son, Miles, has sent his wife Anne back ahead of him while he completes his tour of duty.

Living under the same roof as their crippled mother, the sons begin to learn a lot about their new wives.

‘The Three Brides’ is a family drama full of romance, betrayal, and greed, perfect for fans of the Brontë sisters.

Charlotte Mary Yonge (1823 - 1901) was a prolific and popular English novelist, biographer, editor, historian, essayist, and journalist. She is most famous for her novels which include ‘Heartsease’, ‘The Daisy Chain’, ‘The Young Stepmother’, and the commercially successful ‘The Heir of Redclyffe’ (1853).

Yonge was also a founder and editor for forty years of ‘The Monthly Packet’ magazine, while her book, ‘History of Christian Names’, is considered to be the first serious attempt at recording the subject. Profits from her books were often donated to charitable causes.