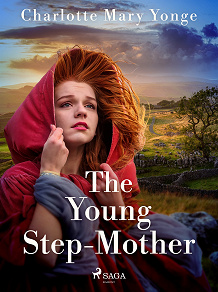 by Charlotte Mary Yonge
Charlotte Mary Yonge’s ‘The Young Step-Mother’ - or ´A Chronicle of Mistakes´ - is a historical fiction novel that tells the story of the heroine, Albinia Ferrars, who leaves her happy home to marry Edmund Kendal, a widower fifteen years older than her.

She takes on the role of encouraging wife and stepmother to his three children, however, she quickly finds that other tasks and obstacles come her way.

Her husband has depression, his children are sickly, and those around the family are hostile to change. Albinia tackles all these problems without judgement and begins to believe things have improved, up until her stepchildren begin to fall in love, with disastrous results.

A novel to be enjoyed by fans of Louisa May Alcott’s ‘Little Women’ or Jane Austen’s novels, Yonge’s fiction has a subtle theme of moral teaching.

Charlotte Mary Yonge (1823 - 1901) was a prolific and popular English novelist, biographer, editor, historian, essayist, and journalist. She is most famous for her novels which include ‘Heartsease’, ‘The Daisy Chain’, ‘The Young Stepmother’, and the commercially successful ‘The Heir of Redclyffe’ (1853).

Yonge was also a founder and editor for forty years of ‘The Monthly Packet’ magazine, while her book, ‘History of Christian Names’, is considered to be the first serious attempt at recording the subject. Profits from her books were often donated to charitable causes.