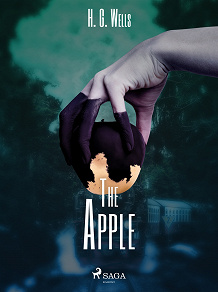 by H. G. Wells
'The Apple' is a fantasy-mystery short story by H.G. Wells. It is the tale of a student who, whilst travelling by train in a third-class carriage, is offered genuine, forbidden fruit from the Tree of Knowledge. This rare treasure was apparently found in the Garden of Eden by a stranger. But how on Earth did the stranger come into possession of the fruit and what use is it to the young student?

A mysterious and intriguing tale which will be enjoyed by fans of 'Good Omens'.

H.G. Wells (1866 – 1946) was a prolific writer and the author of more than 50 novels. Additionally, he wrote more than 60 short stories, alongside various scientific papers. Many of his most famous works have been adapted for film and television, including ‘The Time Machine,’ starring Guy Pearce, ‘War of the Worlds,’ starring Tom Cruise, and ‘The Invisible Man,’ starring Elizabeth Moss. Because of his various works exploring futuristic themes, Wells is regarded as one of the ‘Fathers of Science Fiction.’