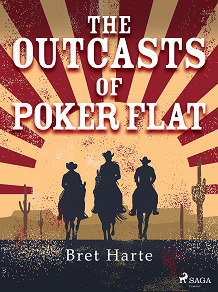 The Outcasts of Poker Flat

by Bret Harte
When the gambler, John Oakhurst, senses that he may have outstayed his welcome in the mining camp of Poker Flat, he sets off to find pastures new.

Accompanied by the local drunk, Uncle Billy, and two prostitutes, he makes his way towards Sandy Bar. However, when things do not go according to plan, and the weather turns, Oakhurst must look deep inside himself to work out what to do.

A gritty tale, riddled with tragedy and romance, ‘The Outcasts of Poker Flat’ does not spare the horses when it comes to depicting the difficulties faced by ordinary folk in the Old West.

Born in New York, Bret Harte (1836 – 1902) was a prolific poet, author, and journalist. The son of one of the founders of the New York Stock Exchange, Harte’s education was erratic, and he left school at the age of 13.

Four years later, he moved to California, trying out a number of jobs, including working as a miner and a journalist. After an unsuccessful stint as a stagecoach guard, he became a schoolteacher.

Later, he was hired as an editor for ‘The Golden Era’ magazine. His piece on the Wiyot Massacre resulted in death threats, and Harte was forced to flee to San Francisco. There, he became a journalist for ‘The Atlantic Monthly’ and was instrumental in founding ‘The Californian’, and ‘The Overland Monthly’. The latter was to publish one of his most well-known stories, ‘The Luck of Roaring Camp and Other Sketches’.

During his lifetime, Harte published more than 30 books.