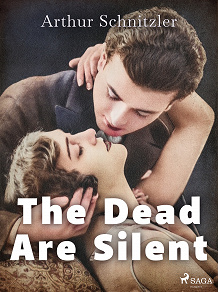 The Dead Are Silent

by Arthur Schnitzler
The inspiration behind ‘Eyes Wide Shut,’ starring Tom Cruise and Nicole Kidman, ‘The Dead are Silent’ is a tense psychological novella.

Exploring the social parameters of 19th century Vienna, Schnitzler introduces us to Franz and Emma who are having an illicit affair. One evening, they hire a carriage with tragic consequences.

‘The Dead are Silent’ is an evocative exploration of the hypocrisy of middle-class Viennese society and an unflinching dissection of the nature of grief.

This novella is ideal for those new to Schnitzler's body of work.

The son of a physician, Arthur Schnitzler (1862 – 1931) was born in Vienna. At the age of 17, he enrolled at the city’s university, studying medicine. After graduating, he began work as a doctor at the Vienna General Hospital.

Despite seeing himself primarily as a man of science, Schnitzler began writing when he was 31. His first works, poems, and short stories, focusing on the themes of jealousy and adultery, laid the foundations for his first play, ‘Anatol.’ Due to its psychological nature, ‘Anatol’ was praised by Sigmund Freud and later adapted for film, starring Gloria Swanson.